The Park and its Nameske

Worcester Polytechnic Institute’s (WPI) relationship to Institute Park has two aspects – one of close proximity and one of financial support. 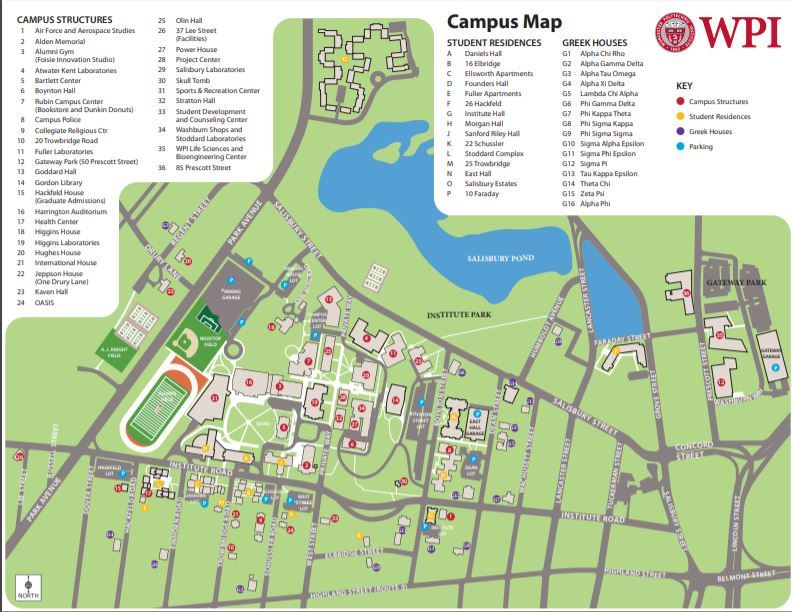 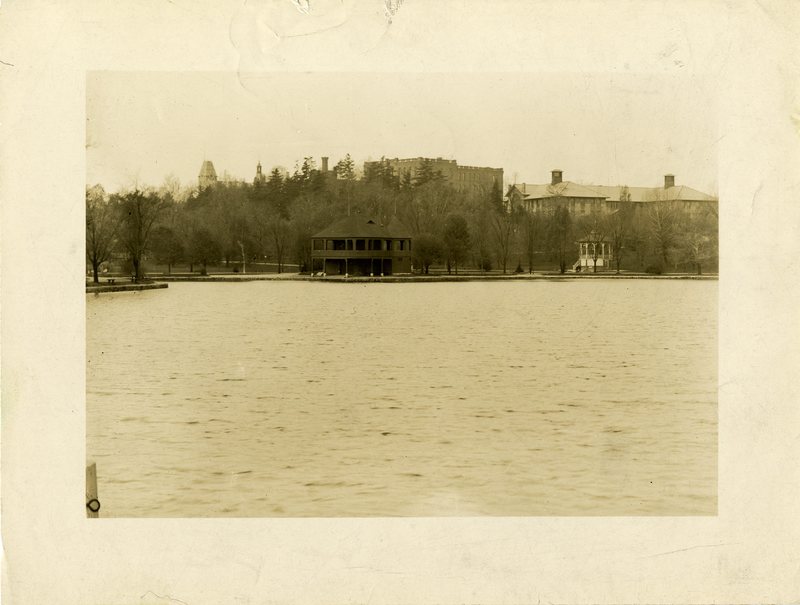 A view from the park of WPI before it's sprawling campus engulfed the park. Atwater-Kent Laboratories, Boynton hall and Salisbury Laboratories can be seen in this photo.

Although, for most of its existence, WPI only bordered Institute Park to the south along Salisbury Street, the school now owns land and buildings to the north and east as well. Especially with the growth of the school in the last 50 years, residence halls at Salisbury Estates to the north and Faraday Hall to the east means that students transverse the park daily to attended classes. In addition, the remediation and reuse of old industrial land at Gateway Park brought with it a set of WPI academic, research, and administration buildings to the east of the main campus. This expansion has most visibly impacted the Park through the completion of new illuminated paved paths along the routes most frequently transverse by WPI students, faculty, and administrators. This has brought the return of street lamps to the interior of park. 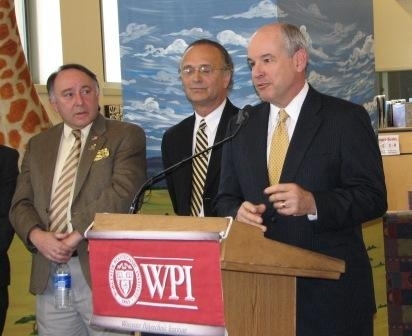 Recognizing its impact and vested interest in the future of Institute Park, WPI entered into a “a payment in lieu of taxes” (PILOT) agreement with the city of Worcester in 2009. This agreement stipulates that WPI will pay $9 million over the course of 25 years to the city to support improvements to Institute Park and the Worcester Public Library System. As a result, WPI has been a significant offunder for Institute Park improvements over the last decade. 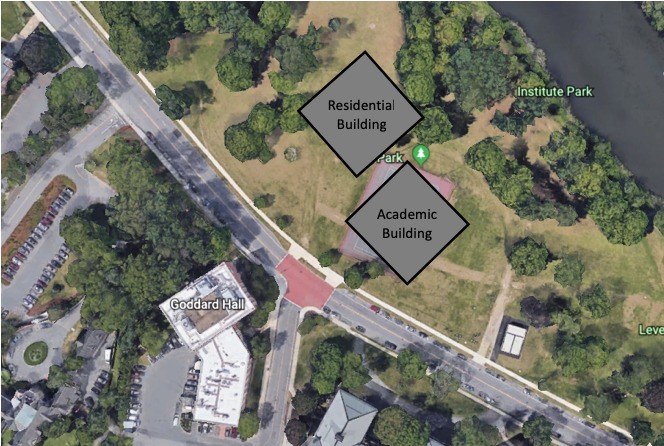 Student's proposal for where new buildings should go in Institute Park.

As WPI exerts more influence around and on Institute Park, the sentiment that WPI has taken over the park or should take over the park spreads. This is seen in a satirical article published in the WPI’s Tech News called “If I were WPI’s president...” It outlines a plan to buy Institute Park to be used for WPI’s expansion, since currently WPI’s expansion is engulfing Institute Park on all sides. Ironically, the school once had the opportunity to build in Institute Park under Salisbury’s 1887 letter of gift to the city. Fortunately for the city and school, views of the park and pond remain unobstructed with green space offering a respite from the rigors of earning a WPI degree.