Institute Park only seems natural. From its artificial pond, groves of trees, and widelawns to its built elements, Stephen Salisbury III worked with architectures anddesigners in the nineteenth century to craft a landscape that brought the edifyingand morally-clarifying power of nature within reach of the city’s burgeoningmiddling and working classes. Drawing upon the ideals of the era’s foremostAmerican landscape architect Frederick Law Olmstead, the design was meant touplift at the same time it offered a respite from industrialization. Much of thearchitectural legacy of the original design–footbridge, boat house, bandstand, andtower–is lost with only three of the original gazebos remaining

Frederick Law Olmstead’s vision of landscape architecture came to Institute Parkthrough the practice of Worcester architect Stephen C. Earle. After growing up inWorcester, Earle moved to New York City, where he studied and worked withCalvert Vaux. Earlier, Vaux had taken Olmstead as a protégé and the two mostfamously created New York’s Central Park together. Vaux was also familiar withWorcester, as he designed Worcester Polytechnic Institute’s grounds in the 1860s.

After Earle returned to central Massachusetts and established his own practice,Stephen Salisbury III recruited him to assist designing Institute Park, serving aschief architect of Norse tower, the Salisbury Pond bridge, and the boat house. 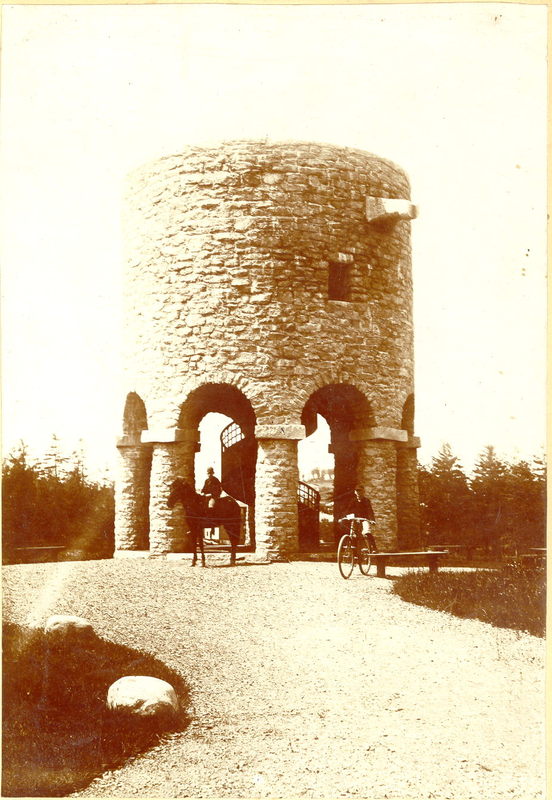 Norse tower was constructed as an observatory. Earle designed Norse Tower as an observation point, allowing visitors to look out over Worceste's rising industries to the south and west, and to the countryside in the north and west. Earle built Norse tower as part of a then current architectural movement. The tower was meant to be a recreation of the Round Tower in Newport, Rhode Island. The Round Tower was once believed to have been constructed in a pre-Columbian America, though it was found that that was not the case. This notion of ancient, long forgotten building blending appealed to the Olmsteadian visionaries.

The built structures in Institute Park uses some of these architectural styles along with some lesser known ones that were popular during the era of the park’s construction. The former bridge across Salisbury Park, is a Richardson Romanesque design, looking remarkably close to H.H. Richardson’s 1880 bridge in the Fenway Park system. The use of rusticated stone-work is meant to seamlessly blend the connection between the Salisbury Pond island with the rest of the park. Stephen Earle was particularly fond of this style, having met Richardson before 1869 and having designed several builings in Worcester in this design style, such as Worcester's Central Congregation Church at the intersection of Grove street and Institute road. 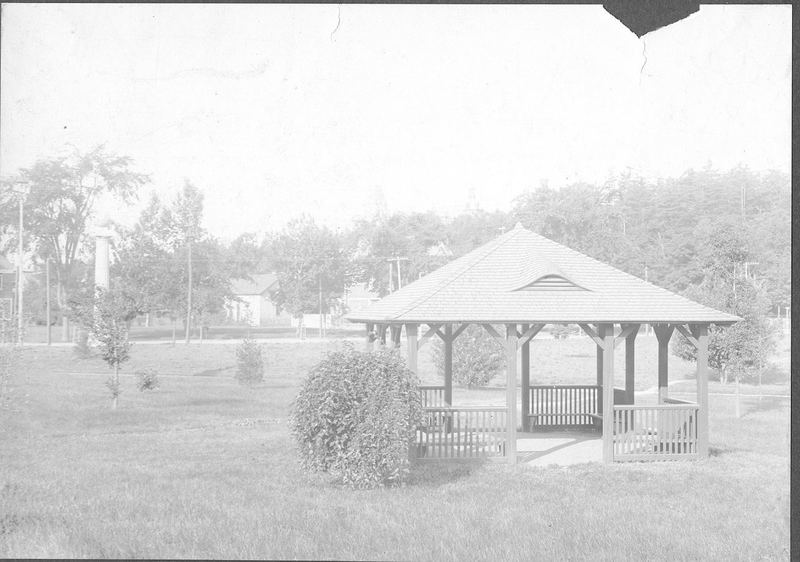 The smaller structures in the park, like the gazebos and bandstand, are variations on the Queen Anne style of architecture. This is particularly seen in the roofline of these structures, with the style usually having wooden roofs that emphasize the corners. In contrast to the ornateness of the typical Queen Anne style architecture, the boat house, pictured below, is a variation on Queen Anne style called Shingle style, a style popular in New England. This style created buildings mimicking shingled colonial houses but in larger, more expanded designs. Queen Anne style architecture preceded Richard Romanesque and invoked a rustic, nature-oriented style, perfect for the Olmsteadian vision of park design Salisbury wished the park to invoke.