Concerts In the Park 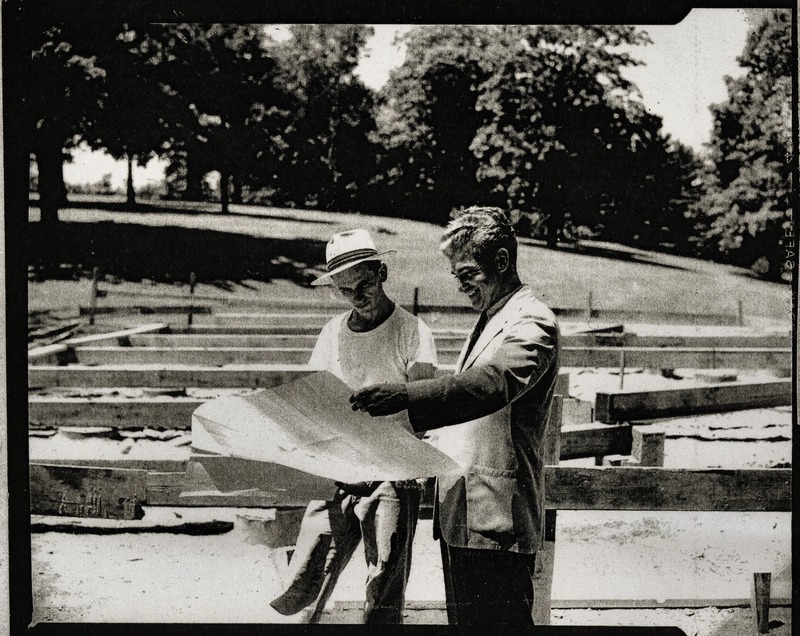 Workers looking over the plans for the Bandshell 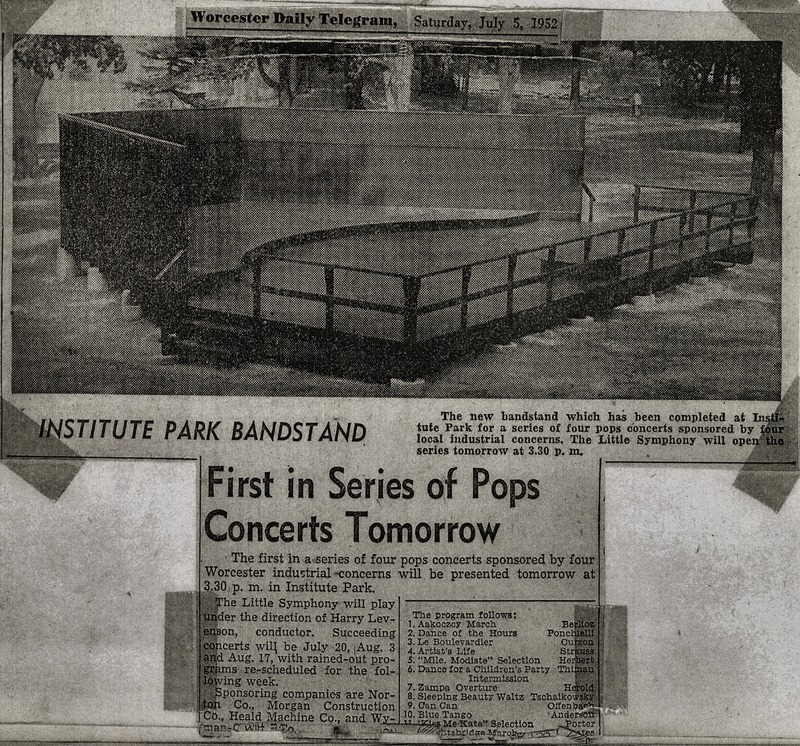 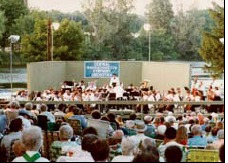 In 1951, Harry Levinson, Director of what is now the Worcester Symphony Orchestra Founded the “Summer Family Concert Series”. This Concert Series in its first year attracted over three thousand listeners to the park. 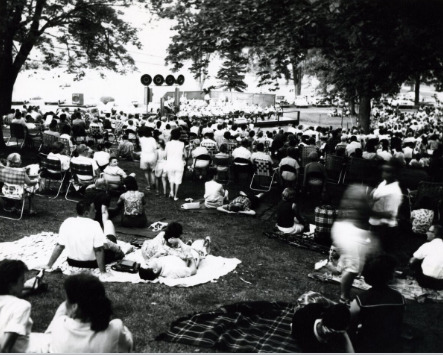 From the beginning the concerts were a smash hit, the first year’s concerts attracted an audience of 3000. It was touted that Institute Park was perfect for the event, with the landscape creating a natural amphitheater.

Music programs in the parks consisted of a wide variety of musical genres. Over the years, classical music has been performed as well as orchestral versions of contemporary songs.

In 1951, the first performance, the program consisted of classical favorites such as Waltzes, and operettas such as the Red Mill, the concert did not only cater to those interested in the classics. The first concert series also included songs from popular Broadway musicals such as South Pacific 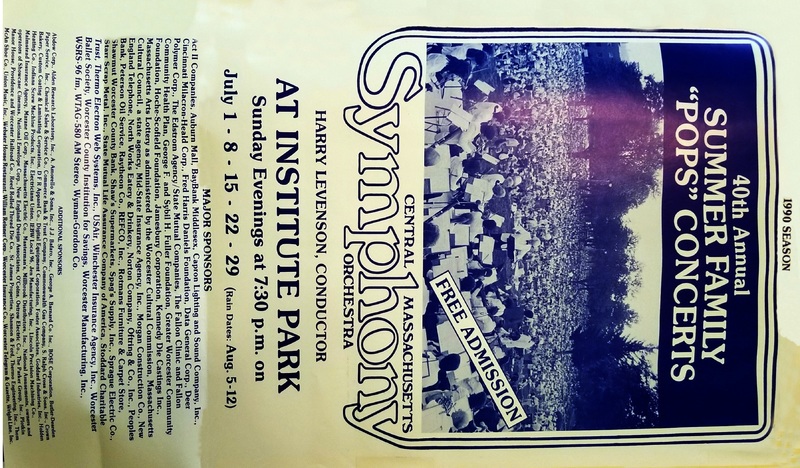 This image is of the poster for the 1990 Pops Summer Concert series which took place in Institute Park during the summer of 1990, this poster design is similar to other years around 1990, with minor changes.

A Transition to the Future 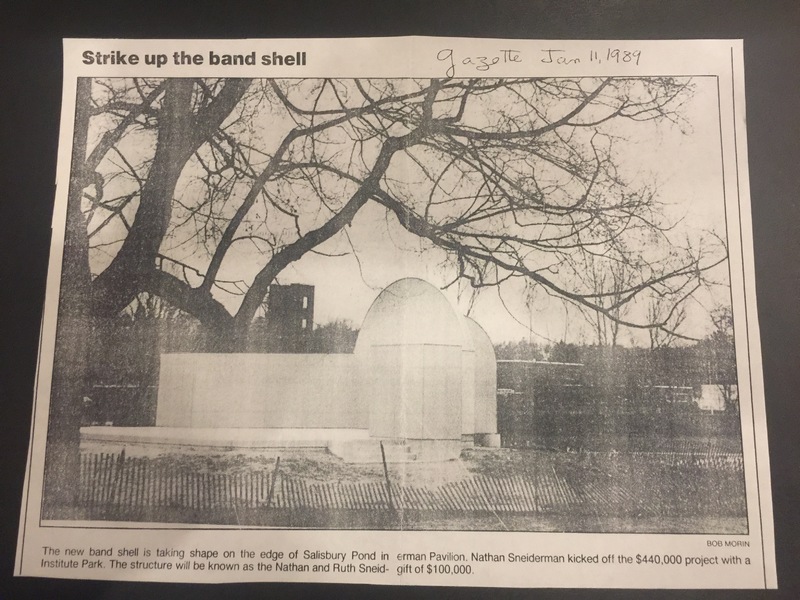 Written by Arnold Muralt, special thanks to Paul Levinson for providing historical photographs back to 1951