Community Action Saves A Gazebo In The Park

In December of 1990 Ryan E. Turncliff completed his Eagle Scout Project in the park. He lived a mere 3 minute drive away and noticed a dilapidated gazebo on the Park Avenue side of the park. It was full of graffiti, and was in poor shape due to many years of exposure to the elements with minimal maintenance. The scout proposed fixing the leaky roof with a few shingles to the city contractor, Leonard Israel. When the contractor heard the plan he had more ambitious ideas that he hoped Turncliff could accomplish. The new plan was to revitalize every part of the gazebo from the rotting roof to the cracked floor. Through the generosity of local businesses and many volunteers, Turncliff was able to get the project done. The only roadblock he faced was unseasonably warm weather, which prompted some of his volunteers to enjoy the nice weather instead of assist with the project. The work done by Turncliff had a huge impact on the preservation of the park's history along with preserving the current image of the park. 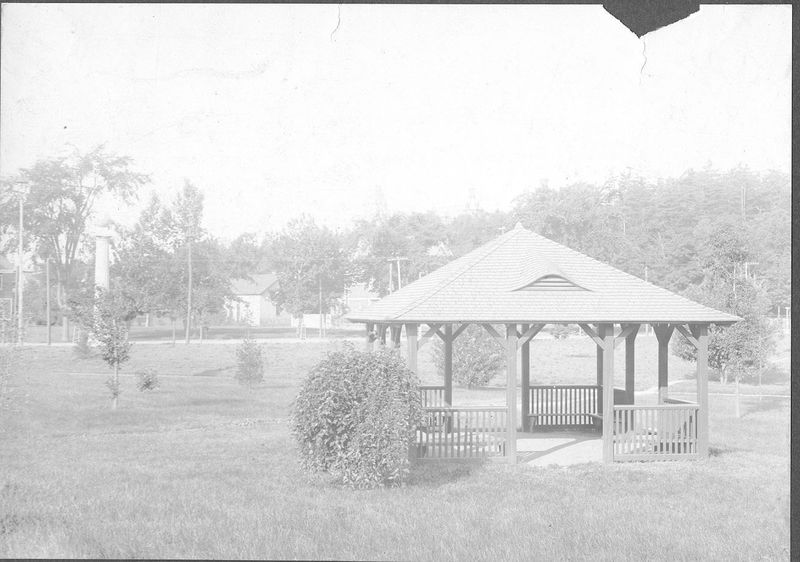 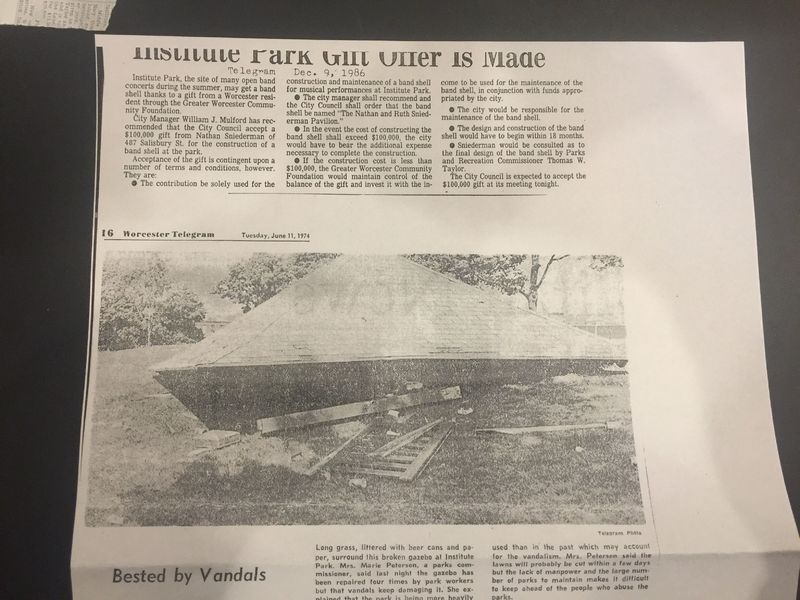 Stephen Salisbury the Third's Vision of the Park

The two pavilions that stand near Park Avenue were a product of Stephen Salisbury the Third's vision of the park, he donated the land for the park in 1887, and had plan for what it should become. He funded and oversaw the construction of the structure that Turncliff preserved. When the park became the city's responsibility, it did not have the proper resources allocated for care and improvements, In the absence of Salisbury, after his death in 1905 full maintenance and upkeep of the land and its structures transferred into the cities domain. The area constantly grew over the course of the twentieth century, that growth damaged the park while increasing the amount of people that used it. The preservation of the structure helped preserve the history and useability of the park.